My tenth birthday fell on Passover.  I was raised as an Italian Catholic but a friend of mine was Jewish and her family invited me to their Seder that year.  I was not sure what that was but my father, who was very big on experiencing other cultures, insisted I attend.  So I did.  Though it was a traditional Seder as far as the prayers and the main meal, at the end they bought out a birthday cake for me.  I did not understand until much later why my parents found that to be so amusing.

Because I grew up in a large city, there were always enclaves of different racial and ethic groups close by and in attendance at my school . Oddly, it was when we moved to a suburban area that I experienced the most diversity as far as close neighbors. The majority of the families living on our block were either African American, Jewish, or Italian.

So I knew first hand that being among others unlike me racially or ethnically enabled me to see things from other points of view and helped me to be very accepting of others. It was not until much later that I also began to think of diversity in terms of geographic culture or in relation to sex, sexual orientation, and gender identity.

Enter my friend Claudia who is from Tennessee. I met Claudia doing art fairs and at that time she had been a resident of the North for many years. Not all that long ago in the grand scheme of all the years I have known Claudia, I asked her how she landed North. College was what bought Claudia North and among the many reasons she was accepted at her college was “diversity”.  I never thought of someone from the South as “diverse” in the sense of my definition of the word.  But then I moved to the South. 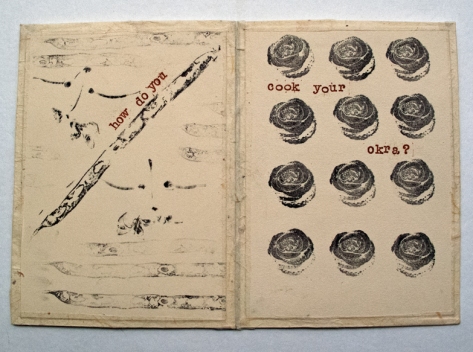 Here, I have met many wonderful Southern people. And yes, they are different from me in many ways and it has enriched my life tremendously. Ok how are they different?  Here are just a few: food, general mannerisms, figures of speech, humor, influence of faith, etc. Not long ago, my friend Alice revealed to me that she is originally from the town where My Cousin Vinny was filmed. I was overjoyed because I absolutely LOVE that movie as it reminds me of several of my relatives.  We decided that at some point, we will have a Vinny party and observe and explain the various cultural nuances of the movie to one another.

On a very different level but still related very much to point of view, last night I watched an interview with Melinda Gates. I am paraphrasing this story but basically she was explaining that it was very difficult for some groups of people and women to get business funding from venture capitalists and gave a very interesting example involving an African American woman who wanted to start a hair braiding business. Because the VC’s were men who had little interest in hair, they asked their wives if they thought it was a good investment. Because the wives were not African American and did not understand the culture of hair in the African American community, they said they did not think it was a good idea. I believe the woman eventually got funding and was wildly successful, however, it shows how unawareness and an unwillingness to learn of a facet of someone’s culture can be a detriment to everyone involved.

In the past few years, my life has been enriched even more because people of different racial and ethic origins are now related to me by blood. This has had a profound effect on my thinking because now my world has been expanded to consider issues concerning places around the entire globe.

My title to this post is How to Enrich your Life.  While it may not be easy to learn about someone different from you by traveling , moving, or acquiring new relatives there are so many other ways a person can.  There are books, documentaries, organizations with an internet presence, different houses of worship, and meetings in your community that would welcome visitors.  So I guess what I am trying to get at here is that the more we reach out to people who are not like us, the richer our lives will be and hopefully we will be better people for the effort.

Note:  you can read more about the piece pictured above titled The Other by clicking here.

9 thoughts on “How to Enrich your Life”