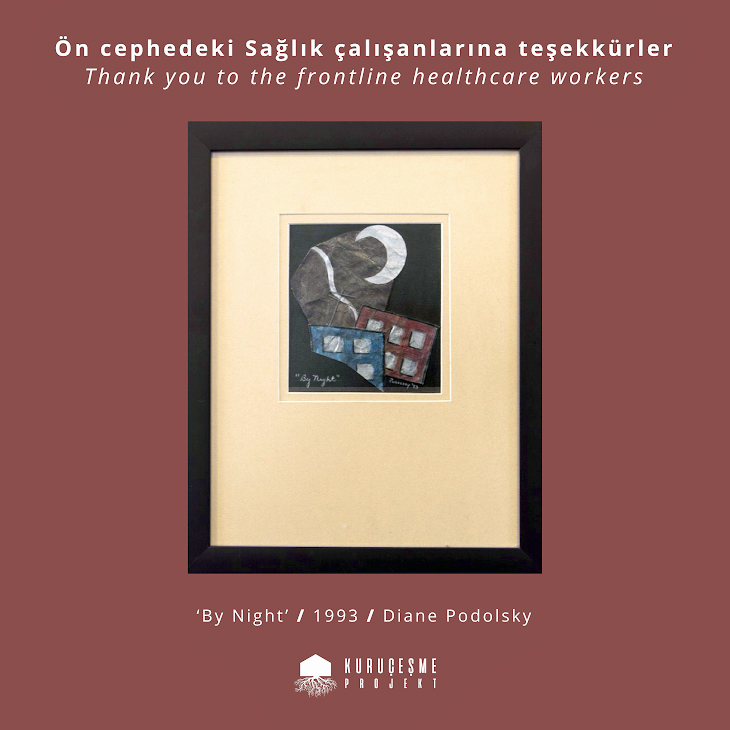 Every once in awhile, I hear from former customers regarding work they purchased and it is always lots of fun to hear how they have lived with the work through the years.  I had such an experience last week when a customer from the early 1990s contacted me to ask if the piece he purchased could be used for a virtual art exhibition.  He then explained that he and his wife run an art and cultural center in an under served community in Nicosia, Cyprus.  The piece they own is called By Night and they want to feature it as a homage to healthcare workers in their community.

This was very meaningful to me on a variety of levels.  First, that the piece is being used to honor such an important sector of the population.  In addition, artists often wonder if what they do has any long term benefit.  Also, in this case, the idea that something I made in 1993 has not only been enjoyed all these years but has managed to make its home in Cyprus, where it has been displayed off and on and viewed by the local community.

I have thought of this piece and other similar ones recently because I have considered returning to work in this method, as it is very similar to many of the artist books I currently make. At that time, instead of making prints to be viewed as prints, I made them to be cut up and used as collage elements because I mainly worked in the medium of collage.  So the idea that this piece showed up to me at this time, is somewhat of a nudge to possibly work like that again.

Though I have posted the piece above, I would encourage you to check out the organization’s Facebook page to see other works and events they have featured. It is a great way to “travel” while we are all home.   Check out:  Kuruçeşme Projekt.
https://www.facebook.com/kurucesmeprojekt/

11 thoughts on “When Your Artwork Finds You Again”